There are those who will argue against home ownership vs the comparatively risk free alternative of renting here in the Gainesville area. However, we’ve all heard the old saying, “where there is no risk…there is no reward”, or some version of it. No one can predict the future, yet we have hundreds of years of evidence proving the fact that owning a home can be very lucrative in the long run.

Those concerned about the cost of home ownership would say that values have been dropping and they are right! Here in Gainesville, we just went through a period of major adjustment that resulted from over inflation of home values in 2003-2006. Yet that’s exactly one of the reasons that owning a home can be much less expensive than renting. Because of uncertainty and the number of people that cannot buy due to foreclosure, there has been an increased demand for rental properties. As a result prices for rentals is actually increasing. The good news for would be home buyers is that home prices are the lowest they have been in 10 years, and combined with record low rates, home ownership is more affordable than ever. With low down payment programs like FHA and USDA, buyers can get into a house for close the amount of application, security and first month rent. However this is not a situation that will last forever.

To be conservative, we have used a rate of appreciation of 3 percent. Over the last 50 years our national average has exceeded 5 percent, and will likely return to that once things get back to normal. No one can know for sure (we don’t have any crystal balls here at Landmark), however standard population growth of 3 million per year and factors like inflation and increasing demand will ultimately rule the day just as they always have.

Others would argue that the ability to deduct mortgage interest and real estate taxes on a tax return is not really worth it. This may have credibility for people whose standard deductions is still greater than their total deductible expense, even with the above deductions. If this is the case for you, then eliminate the tax benefit amount from the bottom line cost. The result will still be less than renting.

Regardless of that benefits you choose to accept, one cannot deny that homeowners pay down their principle more and more with each payment, creating a form of ‘forced payment’ as the value accumulates in the equity of the home. The Federal Reserve has performed studies that prove that the net worth of owners is as much as several hundred times more than that of lifetime renters. 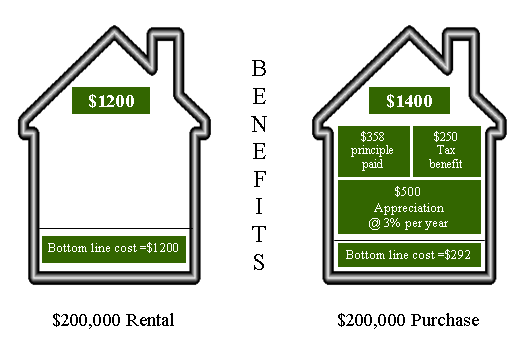 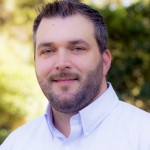